An Assortment of Bad Birds

The more outrageous and callous your remark, the greater the pleasure in imagining the conniptions it will give to the other side, and the greater the sense of camaraderie you create with your fellows. It’s the political equivalent of smut,as Freud explained the notion, like the men in a tavern who make salacious jokes when the barmaid enters the room in order to enjoy her discomfort at their displaced aggression. it’s not surprising that conservative audiences often greet Coulter’s remarks with the titters and giggles that are the sound of unconscious material bubbling to the surface. Ascent of the A-Word, p.9.

“Obtuseness is the true measure of the asshole.We calibrate how much of a prick or bastard or fucker someone is by the amount of harm he’s willing to inflict. But we reckon the degree of someone’s assholeness not by the actual hurtfulness of his behavior but by the breadth of his self-delusion, the discrepancy between his perceptions and the reality before his eyes, the energy of his denials and rationalizations.” Ascent of the A-Word, p. 152 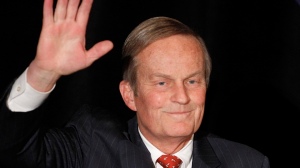